The history of rain gutters dates back to the Indus Valley civilization between 3000 BC and 1500 BC. Constructed from bricks made out of burnt clay, these ancient gutters would serve less than today’s purposes.

The Romans also engaged in early forms of guttering between 27 BC – 14 AD. However, the turning point in gutter history came when the Romans brought the technology to Britain in 47 AD. The spread of the Norman Empire between the 10th and 13th centuries caused a shift in architecture with the introduction of stone roofs and parapets. Due to the changes in roof styles, gargoyles became the dominant and sole gutter system.

In the early 1700s, cast iron became a very plentiful and cheap material, changing the history of rain gutters. The material quickly gained popularity and eventually replaced lead as the main metal used in gutter creation. As the century progressed, wooden gutters began to be placed onto public buildings and wealthy homes. Due to the aesthetically pleasing nature of the wooden V-shaped gutter, combined with functionality, this style continued well into the 20th century.

The 20th century showcased how to implement new technologies and materials in gutter systems. The invention of metal rolling machines led to half-round steel gutters being installed on buildings.

In the 1960s, the gutter industry was completely revolutionized by the invention of the seamless aluminum gutter machine. Stronger and lighter than other metals used to create gutters, it is no surprise that aluminum continues to be the dominant metal used in guttering today.

Although the gutter itself has changed for the better over the years, the outlet (hole in gutter at top of downspout) has not. It is still small and has a lip around its top that catches debris and starts the clogging. Standard outlets, even today, clog easily and often because they are too small.

With the evolution of gutters explained, it is important to note that all of these systems have one thing in common, the ability to clog and cease working.

All rain gutters must be cleaned periodically. But the outlets in all gutters must be checked and cleaned often because even a small amount of debris can clog an outlet, making the gutter useless. Remember, if the outlet is clear, water will always flow out of a gutter. Water will always follow the path of least resistance, over, under and around debris in the gutter, down out through the clean, clear outlet, down the downspout and safely away from the house. 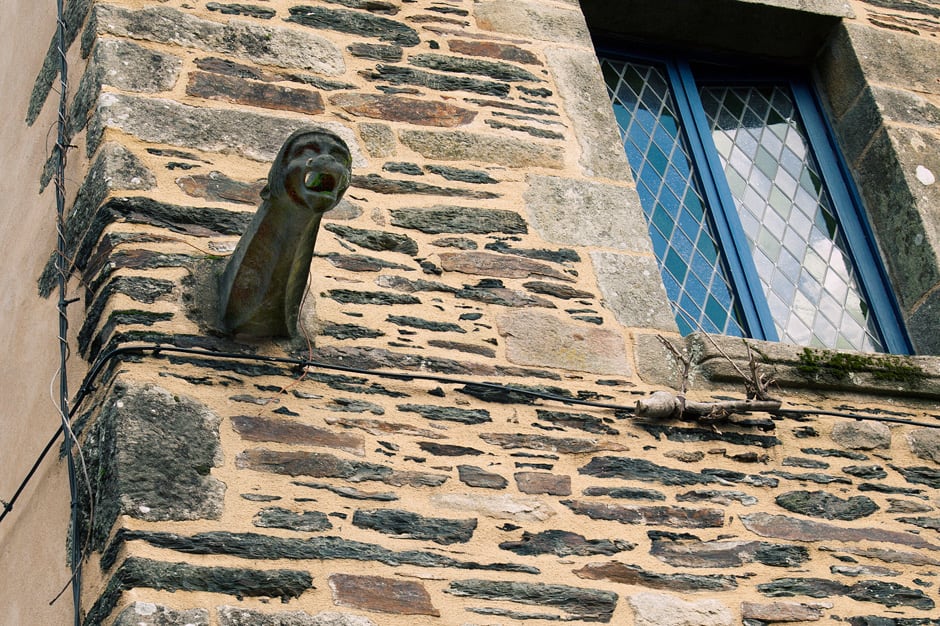